"Phantom of the Opera" on Broadway

"Phantom of the Opera" on Broadway: everything you need to know!

Learn everything you need to know about "Phantom of the Opera" at Show-Score, from cast to plot, to what made the show unique and successful. 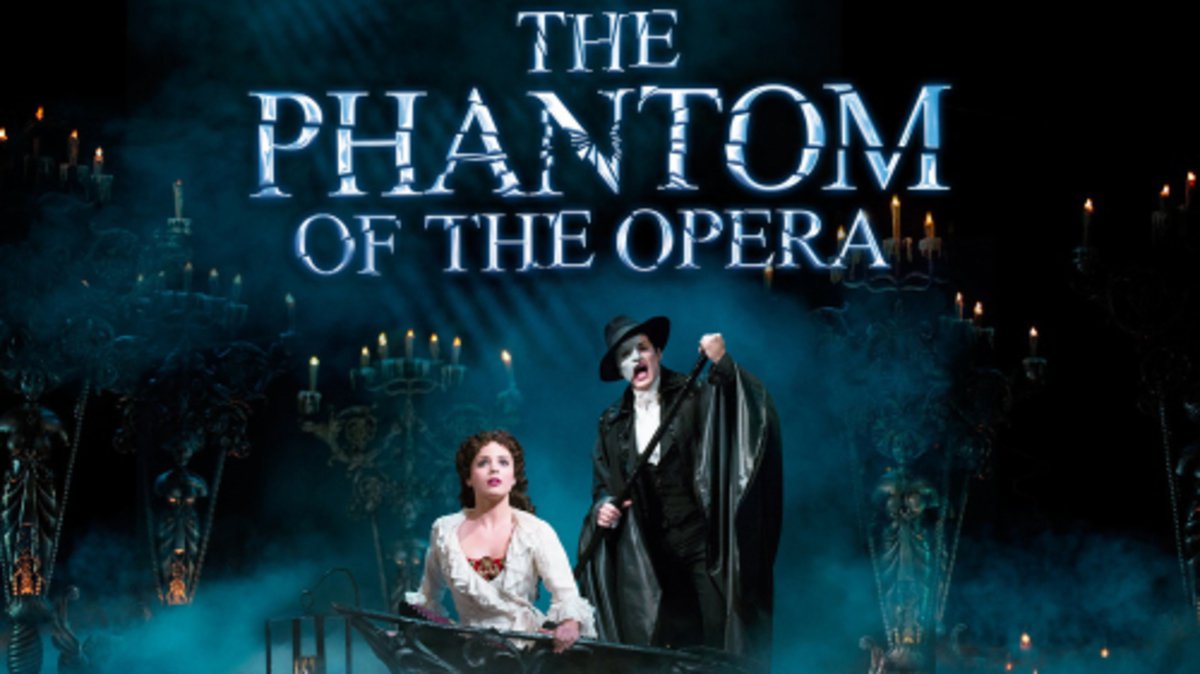 The "Phantom of the Opera" musical first appeared on stage in 1986, making it the longest running show on Broadway, and for good reason. The story, based on Gaston Leroux’ classic novel (of the same name, "The Phantom of the Opera"), came to life on stage from well-known playwright and composer, Andrew Lloyd Webber, who masterfully created something both romantic and frightening for audiences to appreciate.

The plot revolves around a disfigured man who stalks the shadows of the Paris Opera House referred to as "the Phantom". Cast members often blame mishaps or misfortunes on this so-called Phantom of the Opera. Lurking around the halls with a shadowy pretense, the Phantom is ghostly to most but slightly thrilling to one: Christine Daaé , a young soprano trying to get her start in show biz. Meet our star-crossed lovers that make the Phantom of the Opera musical one of the most iconic on Broadway.

When the Phantom hears her sing, he is instantly taken by her voice and her beauty. He vows to help train the rising star so she gets the leading roles before anybody else. But when another woman appears in a show that Christine prepared for, the Phantom of the Opera lives up to his name, writing mischievous letters and staging savage accidents, all to show off his devotion to a woman the only way he knows how.

Naturally, those in the opera house are afraid of the Phantom of the Opera, his love for musicals and performance be damned. Christine, however, remains captivated and is soon lured into his strange world of darkness. But, when the Phantom tries to get Christine to fall in love with him by tearing her away from her current lover, and showing her the man behind the mask revealing his warped face, things don't go as planned and the Phantom is left to decide what is more important: his love for Christine or her happiness.

There’s a reason why "Phantom of the Opera" Broadway has been around for so many years, and is still appealing today. The story of love and longing is powerful and heartening. The enchanting romance between these two strangers allows the audience to get lost in something that is passionate but spooky all the same. The love the Phantom possesses for Christine might be obsessive but its also pure and gripping, making for an emotional journey that has your heart sink for the sad man behind the mask. The storyline of this long running Broadway musical  remains fresh and exciting today because it deals with the notion of tenderness and grief, making it a timeless classic that all musical lovers need to see.

The stunning set (created by Maria Bjornson) that’s both gloomy and bewitching is everything the "Phantom of the Opera" musical promises to be, helping to play off the storyline of love and loss. Similarly, the staging (created by director Harold Prince) and intricate light display (from Andrew Bridge) thrills the audience with a majestic realm of unknown possibilities. From the ornate costumes to the legendary chandelier that crashes to the ground, the stage is magical, providing the perfect setting for the "Phantom of the Opera" on Broadway or anywhere else.

When the "Phantom of the Opera" musical first appeared in 1986 at London’s Her Majesty’s Theatre, the original cast consisted of Michael Crawford playing the Phantom, Sarah Brightman as Christine Daaé, and Steve Barton as Raoul, her lover. Today, you can see Phantom of the Opera musical playing on Broadway at New York City’s Majestic Theatre with its current cast of talented actors, including James Barbour as Phantom, Ali Ewoldt as Christine, and Kyle Barisich as Raoul.