Ron Fassler Reflects on Five Decades as a Broadway Theatergoer

The author of "Up in the Cheap Seats: A Historical Memoir of Broadway" tells us how the theatrical fan experience has changed over the years. 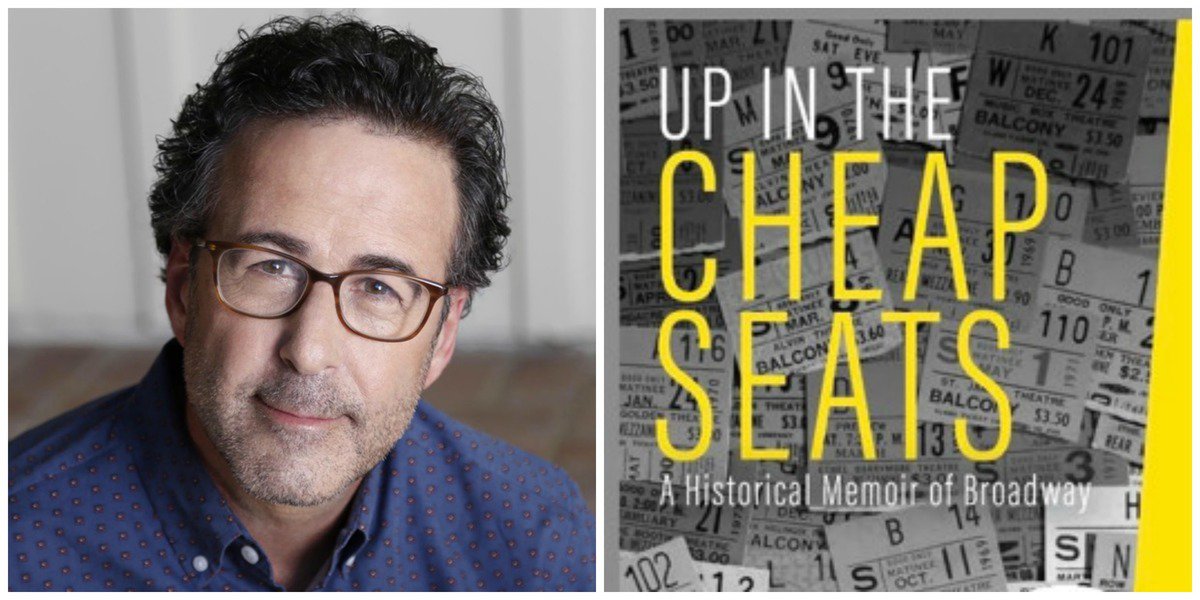 Between the ages of 12 and 16, Ron Fassler saw over 200 Broadway plays and musicals -- for as little as $2 a ticket. He sat in the last row in the balcony and saw the biggest productions of the era, and even caught some of the stars backstage after the show. He spoke to Show-Score about his memories of this simpler yet thrilling time, and how the theater-going experience has changed.

Show-Score: You write about how you spoke to Broadway stars backstage or at the stage door after a performance. How do you think the fan-performer experience is different in 2017?

Ron Fassler: It’s wildly different. When I was going to the theater in the late 1960s and ‘70s, there was rarely anyone standing around the stage door after the performance. That all changed about some years ago with eBay giving autograph hounds the means to make a buck or two by getting signatures on Playbills. A few years after that, with everyone having a camera on their phone, it made the crowds at the stage door much worse. Now it’s next to impossible to get backstage, and that’s when you know someone in the show. Now it’s like undergoing a TSA frisk when I visit friends in Broadway theaters.

But during those years my book covers, it was almost comical how easy it was to knock on the door and ask for Julie Harris or Geraldine Page and within a few minutes be hanging out with them in their dressing rooms. And I was twelve years old.

S-S: When you looked around your "cheap seats" in the '60s and '70s, what kind of people were sitting next to you?

RF: That’s a great question, and I don’t think it should come as a surprise that the diversity of audiences hasn’t changed all that much. I always sat up in the cheap seats among senior citizens, people on a fixed income, who are still among the theater’s bread and butter. But nowadays the biggest change (besides the definition of the word “cheap” being highly debatable), is how many more "tourist shows" there are that cater specifically to that demographic. Tourists weren’t the target audience back in the day at all. There weren’t the fixtures we have today such as "The Lion King" and "Phantom of the Opera", with stories everyone knows, and that appeal to theater-goers without a basic knowledge of English.

RF: Affordability is public enemy #1 on Broadway. What I was able to do these many years ago doesn’t exist anymore. Not only was I able to buy tickets in advance and know what seat I’d be sitting in (all at an average cost of $3), but I was able to self-fund it as a Long Island teenager with the earnings from my paper route. The rush tickets and lotteries of today are fine, but I think it would have put a serious hamper on my weekly theater-going habit if I had to come into the city every weekend with no guarantees that the show I planned to see was available to me.

RF: All theater is as important today as when the Greeks or Romans put on plays. Theater’s power to illuminate any subject; to make people laugh or cry; and to excite in a way a film never can because of it happening right in front of you in that moment, will never die as a vital art form. It’s the reason I love it so much. I like to cite that even though I have had transcendent experiences at the movies, never have I had the hairs on the back of my neck stand on end. But in the theater, I can break out in a sweat when something thrills me. As but one example, the last few bars of the opening number of "Ragtime". And if you don’t understand what I mean by that, I urge anyone to go and see a staged production of it. It will make perfect sense.

S-S: What was your single most enjoyable Broadway experience?

RF: That’s sort of like asking a parent to name their favorite child, but I think the one show that was the most memorable was the first straight play I ever saw, which was "The Great White Hope". It starred James Earl Jones. His performance, and the power of the play, blew me out the back wall of the theater from up in the cheap seats (I paid $3.60 for it). And to top it off, this was my baptism by fire to the world of drama on Broadway. Up until then my diet consisted of musicals. This was theater of a different animal: intense, visceral and raw. I will never forget it, even now, forty-eight years later.