"School of Rock" on Broadway

Learn everything you need to know about "School of Rock" the musical at Show-Score, from cast to plot, to what made the show unique and successful. 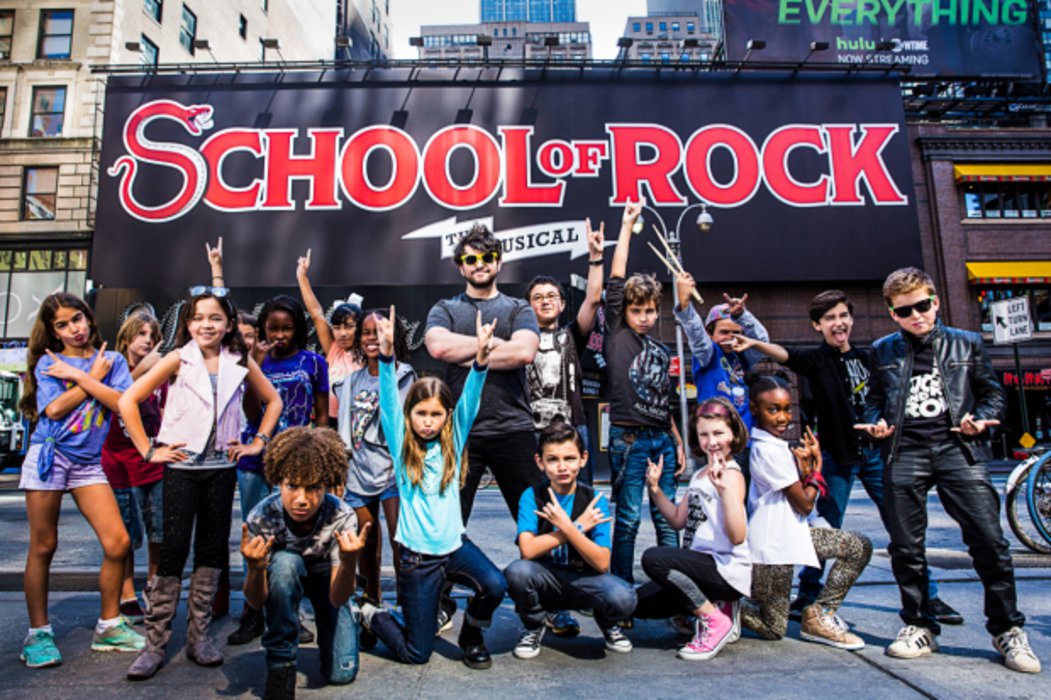 As AC/DC once sang, “It’s a long way to the top if your wanna rock ‘n’ roll,” but in the case of "School of Rock" the musical, it was a long way to a Broadway stage.

The 2003 Jack Black movie "School of Rock" launched an unlikely multimedia franchise that has adapted the popular box office hit film into a television series spinoff and, perhaps more surprisingly, a stage musical created by musical theater icon Andrew Lloyd Webber. Yet it is in its stage incarnation that "School of Rock" the musical has received its greatest acclaim -- and while Webber deserves a great share of the credit, most critics and audiences who have seen the musical give much of the praise to the young performers who make up the onstage band in "School of Rock" Broadway.

"School of Rock" the musical had a staged workshop at New York City’s Gramercy Theater in June 2015, and began previews on Broadway in November 2015 before opening in December. It marked the first time since 1971’s "Jesus Christ Superstar" that Webber opened a show on Broadway before opening in London, and "School of Rock" on Broadway also returned Webber to the Winter Garden Theatre -- the Broadway venue where his musical "Cats" ran for a then record-breaking 18 years. In addition to Webber’s music, the lyrics for "School of Rock" were written by Glenn Slater (Broadway’s "The Little Mermaid" and "Sister Act") and the book was written by "Downton Abbey" creator Julian Fellowes. The Broadway production was directed by Laurence Connor.

"School of Rock" the musical on Broadway. Photo by Sarah Krulwich

"School of Rock" the musical follows the plot of the 2003 film closely. Down-on-his-luck slacker guitarist Dewey Finn is jobless, penniless, and bandless after being kicked out of his rock band, "No Vacancy". To get a regular paycheck, he impersonates his roommate and best friend Ned to get hired as a substitute teacher at a prestigious school. Though Dewey isn’t suited to teach kids, he soon connects with them by educating them about what he does know about: rock and roll. He helps his students form a class band, which he hopes will help him win the local Battle of the Bands where he can show up his former bandmates. However, in order to do so Dewey has to hide his rock star dream intentions from the principal of the school, Rosalie, and the parents of his students. Not surprisingly, Dewey learns just as much from his students as he teaches them.

Of course, the biggest difference between the 2003 film and the musical is the soundtrack -- the film’s soundtrack is largely made up 1960s, 1970s, and 1980s rock and roll classics, while the musical features Webber’s original music. However, three original songs featured in the film -- “In the End of Time”, “Math is a Wonderful Thing” and “School of Rock” -- also appear in the musical. Other major differences from the film to the musical involve the characters -- Dewey’s students are given more substantial roles in the musical, and the musical develops a love story between Dewey and Rosalie that does not occur in the film.

The original cast of "School of Rock" on Broadway included Alex Brightman as Dewey, Webber favorite Sierra Boggess as Rosalie, and guitar prodigy Brandon Niederauer as Zack, the lead guitarist of the class. While Brightman and Boggess have since departed the show, their voices can still be heard in the songs on the "School of Rock" the musical Original Cast Recording that was released in December 2015.

Since debuting on Broadway, "School of Rock" the musical has opened in London’s West End (and was nominated for three Olivier Awards), and a national tour is planned to launch by the end of 2017. It’s also likely that hundreds of schools will want to showcase their own talented students in school productions for years to come, ensuring that "School of Rock" will continue to be one of Webber’s biggest musical hits.

Seen "School of Rock"? How about on Broadway? Let us know in the comments below.