Seeing Yourself Onstage: “The Heidi Chronicles”

Is that art imitating life, or vice versa?  A night at “The Heidi Chronicles” gives one theatergoer a fascinating perspective on her own journey. 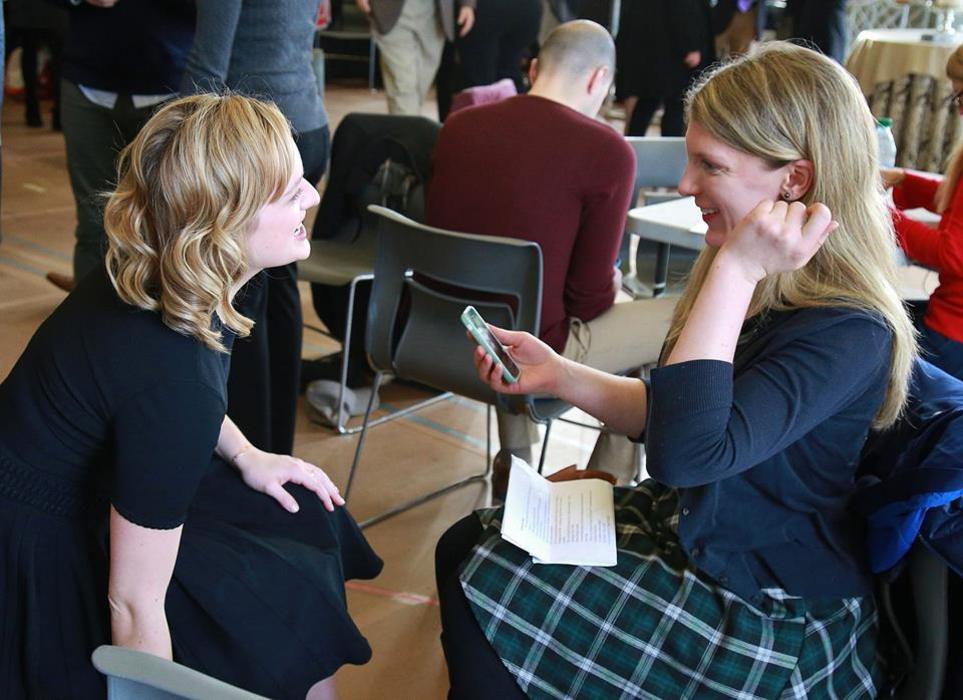 Me and "Heidi Chronicles" Star Elisabeth Moss | By Joe Marzullo

I often go to the theater to escape my life.

Not that my life is horrible, but who doesn’t need a break now and then from their everyday problems, jobs, or relationships? Plays and musicals offer a glimpse into another world. Since I was young, I’ve thrilled at the idea of bursting into song when mere words were just not enough to express what I felt or delivering a scathingly clever monologue to conclude an argument.

Watching actors onstage, I envy their triumphs, pity their failures, and yearn for their dreams as much as they do. But I never saw anyone who made me feel like I was one of them until I saw “The Heidi Chronicles”.

To say I was excited about the 2015 revival of Wendy Wasserstein’s feminist play starring Elisabeth Moss would be putting it mildly. I’d already seen the 1971 recording of “Uncommon Women and Other” and read the excellent Wasserstein biography “Wendy and the Lost Boys”. And I’d watched Elisabeth Moss navigate the tumultuous professional and personal waters of “Mad Men” as Peggy Olsen. I couldn’t wait to see Wasserstein’s iconic play live onstage with Moss in the title role.

Plus, the play was not only by a woman, about a woman, and directed by a woman (Pam MacKinnon), but also was running on Broadway—a notoriously male-dominated world. As someone focusing on works by women in my own professional life, such a female-driven artistic team meant the world to me.

Before I broke up with my ex, people frequently told me that between my job, my apartment, and my romantic partner, I “had it all,” a phrase spoken frequently throughout Wasserstein’s script. But in the theater that night—age thirty-one, having just ended a three-year relationship—I was, like Heidi, facing the absurdity of that statement.

Things may have changed in the 25 years since Heidi first marched onto Broadway—but not enough. Just like Heidi, I was shouting, “Women and art!” in my own career, striving to recognize writers and designers overlooked in the patriarchal community. Watching Heidi struggle to speak when featured alongside two men on television was all too familiar to me as I recalled numerous office meetings during which I was interrupted or talked over.

And my connection with Heidi wasn’t just professional. While I had never defined myself by my relationship, and my social life didn’t suffer from the breakup, I still felt uncertain about my place in a new social landscape. Single and childless, I had spent the past decade dutifully attending my friends’ weddings, where I was asked who I was seeing, or, if I was seeing someone, when we would be getting engaged. Once I was even greeted with, “You’re the only one left!” I showed up to baby showers, but I found myself feeling uncomfortable, standing off to the side, just like Heidi. I happily played with friends’ children, dubbing myself “Crazy Auntie Carey”, but I felt the undeniable shift in

Watching Moss bring Heidi to life in every scene, whether she was bored at a school dance, quiet at a consciousness-raising group, or lonely at an ex-lover’s wedding, I recognized her apprehension and hesitation as my own.  Heidi doesn’t fit in socially. Neither did I anymore.

Heidi’s academic accomplishments establish her professionally but do nothing to ease her social uncertainty. I felt that, too. I loved and was devoted to my job, but outside of the office, people seemed alienated by my impassioned discussions about Sondheim or my tales of conducting red-carpet interviews at the Tony Awards. After being proclaimed the last single woman standing at my friend’s wedding, I tried to change the subject by saying how excited I was about seeing Kenneth Branagh in Macbeth on Tuesday. My friend smiled politely and commented on the bride’s dress.

Being different from my friends wasn’t a bad thing. It was part of life. But—especially at events like weddings and baby showers—it was undeniably awkward. And Moss’ piercing, achingly poignant performance communicated that more beautifully than thousands of my own words could.

Out of everything I loved about “The Heidi Chronicles”, one of the most lasting impressions it made on me was Moss’ expression as she looked down into the crib where her adopted daughter slept—tentative, uncertain, and slightly puzzled, as if to say, “Well, here we go.” When her ex-lover asks her, “Is Judy your solution?” she responds, “Judy is my decision.” Adopting a child doesn’t solve everything for Heidi. Becoming a mother doesn’t “make her complete.” But she’s ready to do it. Sitting in the audience as a woman uncertain about how my own personal life would progress, Heidi’s acceptance of this uncertainty was beyond affirming.

I personally don’t think a woman can “have it all.” There aren’t social and economic policies, adequate governmental support, or even enough hours in the day for that to be possible. But sitting in my press seats, watching one of my favorite actors star in this moving play—for a few hours, I felt like I did.

Have you ever seen yourself in a character or a play? Tell us about it in the comments!