We had many special guests at our booth at BroadwayCon: check out some of the celebrities who stopped by to say hi! 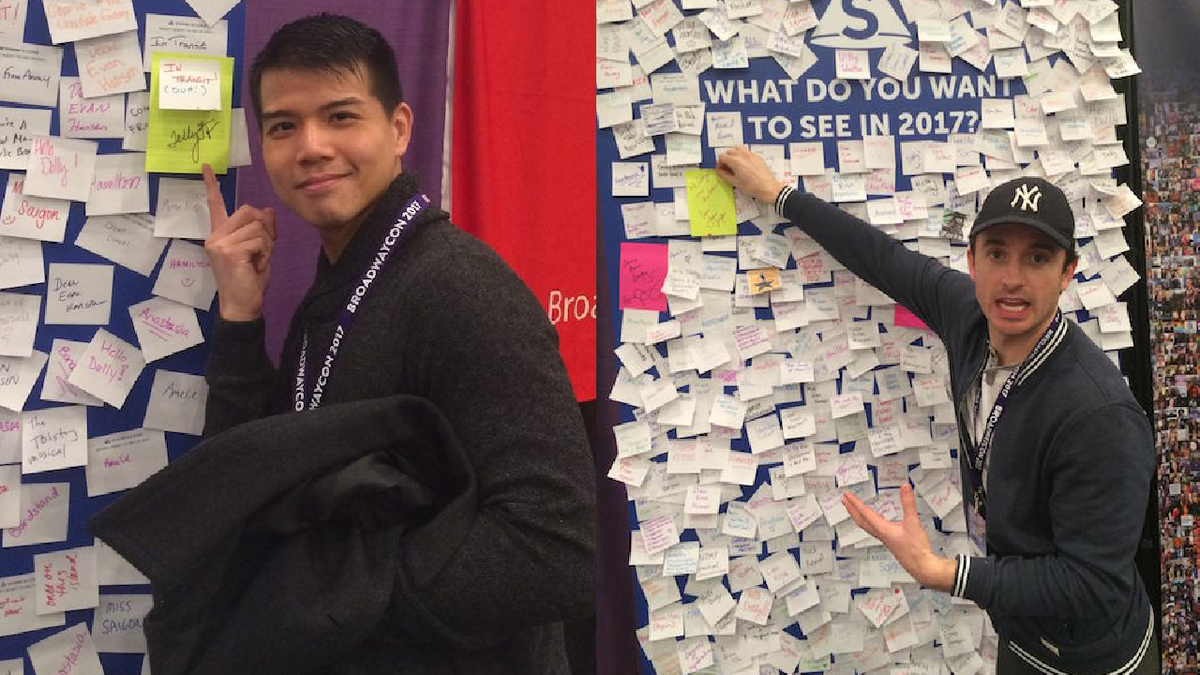 We had a busy weekend at BroadwayCon! Amidst meeting our members, some very special Broadway celebs came by our booth to mingle and share the shows they're looking forward to the most this season. Take a look below!

"In Transit" star (and Show-Score Live! guest) Telly Leung dropped by to support his show on our wall!

Spencer Liff, choreographer of "Falsettos", "Spring Awakening", and "Hedwig", casts his vote for "Hello, Dolly!" on our board.

Diego Lucano of "School of Rock" puts up another vote for "Hello, Dolly!" on the board.

Check it out: it's entertainer extraordinaire and "RuPaul" star Ginger Minj!

James Snyder, a fellow "In Transit" star, adds his voice to the theater conversation.

BroadwayGirlNYC herself, Laura Heywood, stopped by for a photo with our founder Tom Melcher! Check out her custom "Hamilton"-style hat!

Nikka Graff Lanzarone of "Chicago" fame is most excited about "Sunday in the Park with George"!