There are many online destinations where theater fans can review the shows they’ve seen, such as Facebook, Yelp and TripAdvisor.  But for the past year, fans have been posting six times as many consumer reviews of theater on Show-Score. 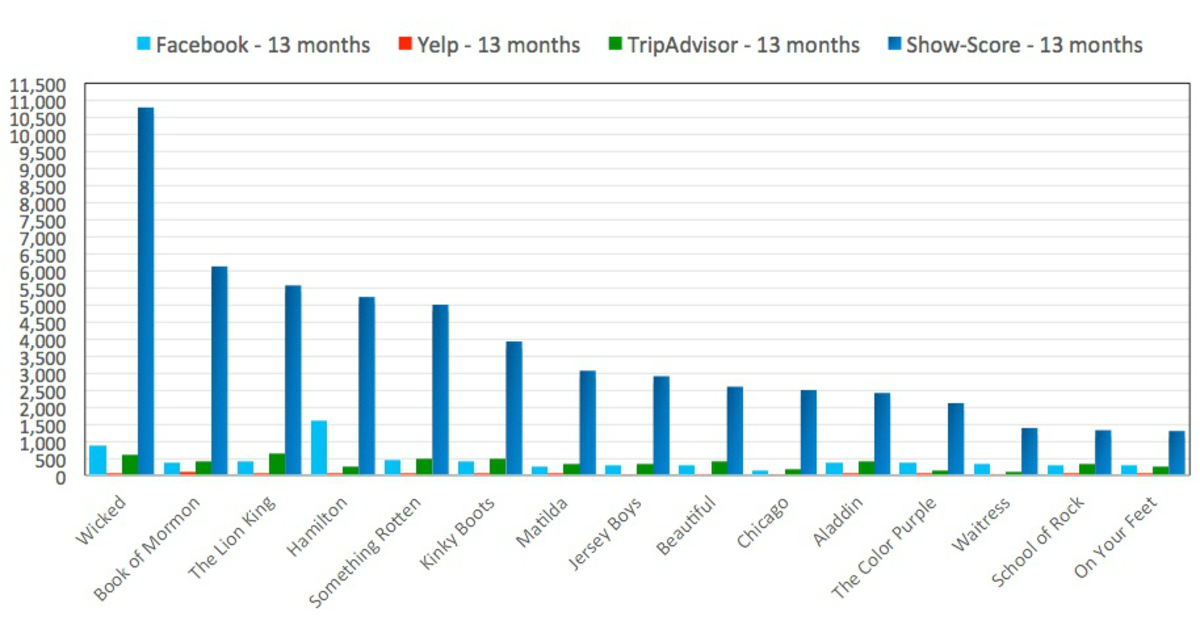 Many of you may have seen the chart above, comparing the number of consumer reviews for a given show on Show-Score vs. Facebook, Yelp, and TripAdvisor in the same time period. The story is simple: Show-Score regularly outperforms these sites by 600%.

Yes, we have 6 times more reviews than the other three sites combined. This is particularly noteworthy given that most shows strongly encourage their audiences to “review us on social media” (and provide links). This has not been happening for us, yet.

We wanted to dig deeper, so we recently ran this analysis for the fall season of Broadway shows, and were pleased by what we found out. The following chart compares the number of consumer reviews for each show on Show-Score, versus the number of reviews for that show on Facebook, Yelp and TripAdvisor, during the same time period: 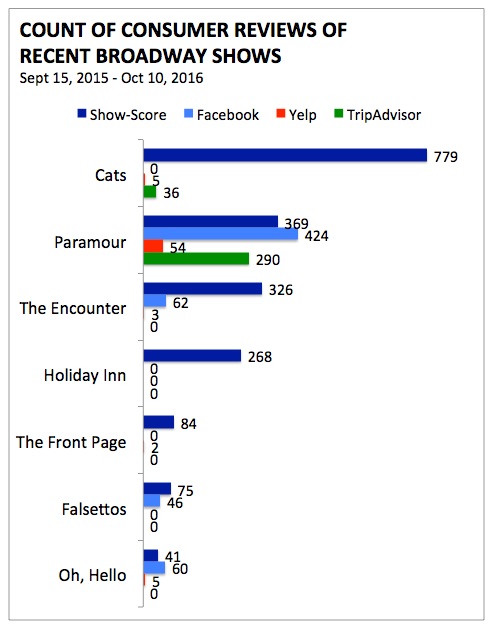 Here’s how you read the chart:

We’re excited by the clear trend -- even though Show-Score is just a year old, and only has 90,000 members, we have become the destination to share constructive and helpful reviews of shows. Our community of highly engaged theater fans loves contributing opinions that will help others discover shows they’ll love.

And for producers, there are plenty of ways to capitalize on this digital word of mouth even before critics reviews come out. To learn more about how to reach our influencer audience, please contact our co-founder Deeksha Gaur (deeksha@show-score.com).