STAFF PICKS: The Fall shows that have us buzzing at Show-Score HQ!

Tags: Audience Voice, Tips and Tricks
Show-Score | By Deeksha Gaur | Oct 12, 2016
With an eye on everything happening on Broadway and Beyond, the Show-Score team has a unique perspective on all that New York City theater has to offer. So we asked the team to share their thoughts: of all the shows playing this fall, which shows are you most excited for? 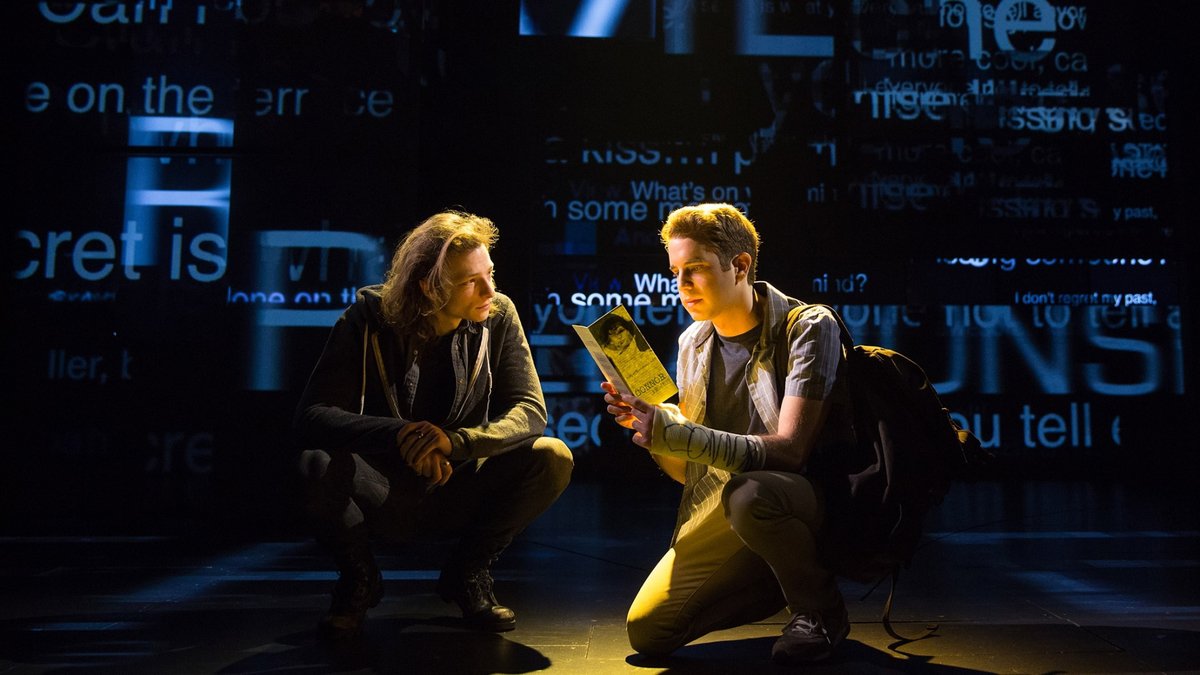 BEYOND BROADWAY: THE HARVEST
I will see anything that Samuel D. Hunter writes and I've never been disappointed. His work is devastating, in the best way possible. Add to that Gideon Glick (who previously starred in Hunter's play "The Few") and it's my most anticipated show of the fall.

BROADWAY: THE CHERRY ORCHARD
I've seen Chekhov's "The Cherry Orchard" before, and didn't feel a pressing need to see it again, until it was announced that Stephen Karam, playwright of "The  Humans", would be writing a new adaptation. I'm intrigued to see what he does with it.

BEYOND BROADWAY: RIDE THE CYCLONE
Everything about this show seems wholly original. A group of high school choir kids all die in an accident on a rollercoaster and then sing about it from the afterlife. The one with the most compelling tale will win the chance to  rejoin our mortal world. Totally buying a ticket to this messed-up fairground.

I missed this one when it debuted Off-Broadway last year. The crazy amount of praise that the previous production garnered made this show jump from "interested" to "can't miss." What can I say,  I'm a sucker for narratives about anxious loners trying to find their place.

BEYOND BROADWAY: OTHELLO
Can I pick all of the season at NYTW and the Public? No? Ok, well, there's "Nat Turner in Jerusalem", Qui Nguyen's "Vietgone", and "Othello" with James Bond!

BROADWAY: THE ENCOUNTER
Simon McBurney is one of the most intelligent and exciting artists around and this show sounds super-cool. It's a Broadway solo show that doesn't involve a mega-celebrity or broad comedy but is theatrically exciting and highly intellectual...while still being under 2 hours. Yes, please. Also, my Complicite fanboy-ness makes grad school me squeal with joy. 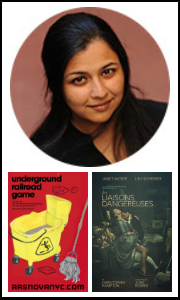 BEYOND BROADWAY: UNDERGROUND RAILROAD GAME
When a play gets under your skin and leaves you with lots to contemplate for days after, you can guarantee I'll be there. And that's just what this boundary-pushing comedy about race, sex, and  politics promises to do. Plus, I've never been steered wrong by Ars Nova.

BROADWAY: LES LIAISONS DANGEREUSES
As a teenager, you could say I was obsessed. My introduction was "Cruel Intentions", but then I saw the play and read the book, and I was hooked. The chance to see it again with this all-star cast is a huge win for teenage me! 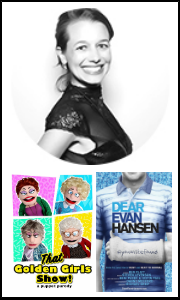 BEYOND BROADWAY: THAT GOLDEN GIRLS SHOW!
It's everything I love about The Golden Girls — with puppets. Dorothy, Blanche, Sofia, and Rose — I like to consider myself a mix of all four — they're too good to pick just one!

BROADWAY: DEAR EVAN HANSEN
I saw the show Beyond Broadway at Second Stage, and cannot wait to see how  it grows for the Great White Way. You can tell this show is made from the heart, as the songs are so deeply emotional that the actors leave everything they have on that stage. Prepare to feel all the feelings.

BEYOND BROADWAY: SENSE AND SENSIBILITY
It's been running for some time now, but I've yet to catch Bedlam's "Sense and Sensibility." I saw their "Saint Joan" a few years back, and was delighted by the young company's spirit and ingenuity. Can't wait to see them work their energetic theatrical magic on Austen.

BROADWAY: NATASHA, PIERRE & THE GREAT COMET OF 1812
I saw the show way way back when it premiered at Ars Nova, and was blown away by its infectious energy. I'm so looking forward to seeing how it's changed, and how it plays in a Broadway house. Plus apparently this Groban fellow is a pretty good singer.

BEYOND BROADWAY: PUFFS, OR: SEVEN INCREASINGLY EVENTFUL YEARS AT A CERTAIN SCHOOL OF MAGIC & MAGIC
I saw "Puffs" when it was at the PIT and couldn't have loved it more! If you're a Harry Potter fan, then you cannot miss this hilarious, improv-style show. It literally had me belly-laughing from beginning to end. They can definitely count me in for another ticket!

BROADWAY: FALSETTOS
I'm always excited for a chance to see an iconic Broadway musical and "Falsettos" falls under that category. It's an incredible cast and I'm mostly interested to see how it has aged and how this new production makes it their own. 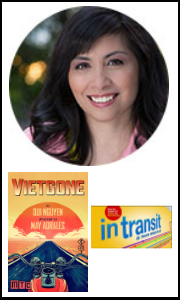 BEYOND BROADWAY: VIETGONE
Qui Nguyen is an exciting voice in the American theater today, and this play supposedly ups his autobiography-meets-comic-book-sensibility game. Plus a cast of top-notch Asian American talent!

BROADWAY: IN TRANSIT
As an a cappella nerd who loves tight harmonies, I look forward to the first Broadway musical with an a cappella score! Also written by Kristen Anderson-Lopez and a love letter to New York? Sign me up!

BEYOND BROADWAY: VIETGONE
As a longtime fan of Qui Nguyen, I am super excited for this comedy inspired by the romance of his own parents who were refugees of the Vietnam War. For years, Nguyen staged action/pop-culture-packed spectacles with his geek theater company Vampire Cowboys. This show marks his official Off-Broadway debut as dramatist.

BROADWAY: NATASHA, PIERRE & THE GREAT COMET OF 1812
I'm ashamed to admit that I never saw this musical when it previously played in  NYC. That's why I'm clearing the time so that I can finally see this immersive musical based on part of "War and Peace" and set in a Russian nightclub. Every theater lover I know who saw this was awestruck. I can't wait to join—make that enter—this club. 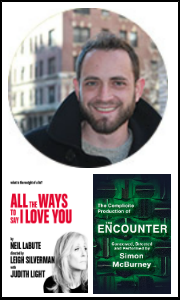 BEYOND BROADWAY: ALL THE WAYS TO SAY I LOVE YOU
I look forward to any new Neil LaBute play. Judith Light is icing on the cake.

Looking forward to Simon McBurney's one man show and discovering how it uses sound and light to bring the Amazon to NYC.

WE WANT TO HEAR FROM YOU!

What shows are you most excited about on Broadway and Beyond?

Tell us in the comments!