The 5 Most Jaw-Droppingly Beautiful Broadway Theaters

One of the best things about seeing a show on Broadway is getting to spend some time in one of 40 glorious houses. But out of all of those eye-catching venues, which ones are the MOST glorious? Here are our picks for the most beautiful theaters on the Great White Way! 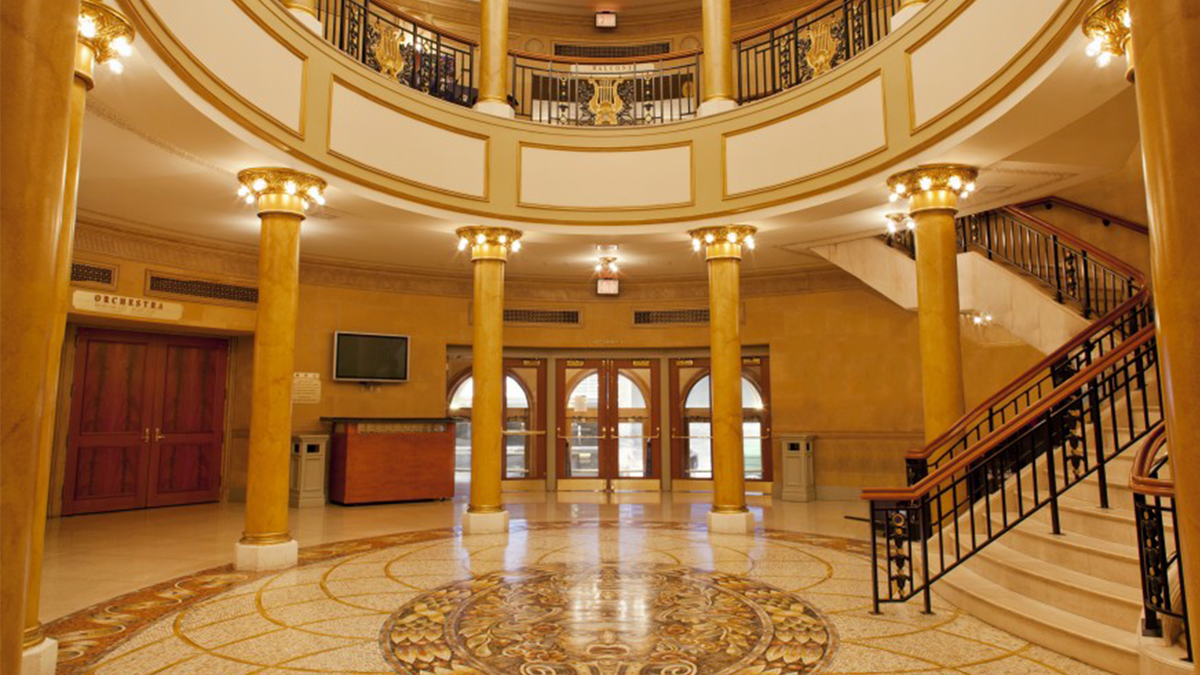 The orchestra lobby of the Lyric Theatre | By Michael George (2015) via http://www.lyricbroadway.com/theatre/gallery/

The Lyceum bears two impressive distinctions: it’s Broadway’s oldest continually operating theater, and it was the first Broadway theater to be awarded landmark status, an honor it secured in 1974.

This lavish and highly ornamented neoclassical style is apparent at the Lyceum by way of an elaborate limestone façade featuring six intricately carved columns and a distinctive wavy marquee. Its interior houses two grand marble staircases and gorgeous wood paneling.

Constructed in 1907, the Belasco is Broadway’s third oldest theater. Designed in a neo-Georgian style, among the Belasco’s highlights are 18 murals by American realist painter Everett Shin and a ceiling inlaid with 22 Tiffany glass panels. But such beauty doesn’t come cheap.

In 2010, the Belasco finished a 14.5 million dollar comprehensive renovation to restore it to its original glitz and glory, something which I’m sure impresario David Belasco’s ghost (who either haunts the premises to this day or left in disgust after “Oh! Calcutta!”, depending on who you ask) very much appreciated.

The New Amsterdam has a significant place in architectural history; it’s cited as the building which first introduced Art Nouveau to New York architecture by architects Henry B. Herts and Hugh Tallant when it opened in 1903, and was nicknamed “The House Beautiful” by the New York Times.

But sadly, as the years passed, the fair New Amsterdam declined mightily. It closed and reopened in the late 30s, became a movie theater for several decades, and by the early 90s, it had completed its long descent from the “House Beautiful” to the “House Dilapidated” by serving as the run down theatrical backdrop for Louis Malle’s film “Vanya on 42nd St.”

All that changed when the mouse stepped in. In 1995, Disney signed a 49 year lease on the theater and in true fairy godmother style stepped up to give the theater an over 30 million dollar restoration. The theater reopened in 1997 and served as the original Broadway home of both “The Lion King” and “Aladdin”.

The Palace opened in 1913 as a vaudeville house, and it wasn’t long before it secured the place of one of the most important venues of the scene. “Playing the Palace” was considered the pinnacle of achievement for vaudeville performers.

But by the late 50s, the Palace had shut down as a theatrical performance venue and was operating exclusively as a movie house, even hosting the premiere of a little-known film called "Citizen Kane". In 1965, the theater was purchased by the Nederlanders, who reopened it as a theater in 1966 with the premiere of the hit musical “Sweet Charity”.

There is little to be said of the exterior of the Palace. The original façade was destroyed, and today it stands covered with show billboards. The interior however, designed in the Beaux-Arts style in 1913, remains wonderfully baroque.

The Music Box was built in 1921 by producer Sam H. Harris to house the musical revues of his close friend, songwriting legend Irving Berlin. Unlike many of the theaters on this list, what makes the Music Box particularly stunning is its exterior.

Designed by Charles Howard Crane, famous for his work with acoustics, the Music Box’s neo-Georgian limestone exterior features a striking façade with a colonnade made up of four two-story columns with Corinthian capitals. This charming, dignified neoclassical look makes the Music Box stand out as a true gem on the Great White Way.