The 9 Most Interesting Things We Learned From "Hamilton's America"

From footage of Lin-Manuel working out the lyrics of "My Shot" to interviews with political figures like Barack Obama and George W. Bush, the "Hamilton" documentary has it all. These are the nine most interesting facts that we learned after watching! 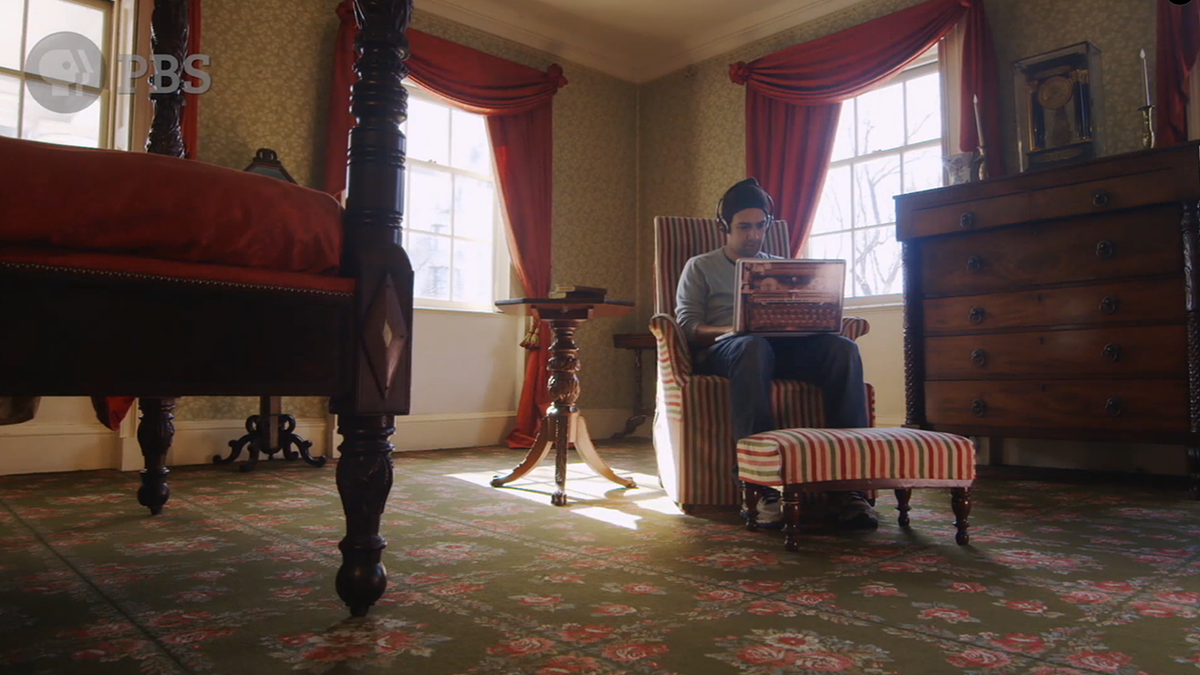 "Why do you write like you're running out of time?" | By PBS, "Hamilton's America" screenshot

Alexander Hamilton left the Caribbean to come to the United States and get an education. Miranda's dad, Luis Miranda, left Puerto Rico at age 18 to go to NYU. He then joined Mayor Ed Koch's administration. The similarities were not lost on his Lin-Manuel Miranda, who used his father as inspiration, right down to the hair.

Lin-Manuel Miranda and his father, Luis A. Miranda at the Hamilton's America screening. Photo: Stephanie Berger

2. It took him two years to write the first two songs.

The first song he wrote was "Alexander Hamilton". It wasn't until he performed it at the White House and the video of that performance went viral that he even realized there was a whole show there. The process was very slow at first, with only two songs written in the first two-and-a-half years.

Alexander Hamilton had a traveling writing desk, which he took with him to write at any moment. Miranda even fashioned his laptop to look like that writing desk and would write everywhere, like trains, and sometimes, Aaron Burr's actual bedroom.

4. He got advice from John Weidman.

John Weidman collaborated with Stephen Sondheim on all his musicals based in history. He wrote the books for "Pacific Overtures", "Assassins", and "Road Show". When Mirada was overwhelmed by all the history, he got this advice from Weidman: just write the parts that you think are a musical.

5. Miranda has his own version of cabinet meetings.

When he would finish a song, he would bring them in to director Tommy Kail and orchestrator/music director Alex Lacamoire and they would have "cabinet meetings" to pull them apart. This was Miranda's favorite part of the process.

6. The actors did a lot of hands-on research.

They visited a lot of the sites where scenes in the musical took place, like Valley Forge and Mount Vernon. Miranda and Leslie Odom Jr. learned how to use actual dueling pistols!

7. The Public Theater is in Miranda's blood.

At the opening at the Public Theater, "Hamilton"'s Off-Broadway home, Miranda said, "My parents saw 'Runaways' on their wedding night. This is in my blood." We want to know more about this "Runaways" story.

8. Jefferson's "What Did I Miss?" was purposely written in a jazzy style.

A lot of thought went into the style of music or rap for each character. Daveed Diggs explains that Thomas Jefferson has a lot to catch up on because he missed the war, so when he comes back from France, he is still singing jazz songs, while everyone else has moved on to rap music.

9. The actors don't forgive the more problematic aspects of the real people they portray.

Christopher Jackson can’t make peace with the fact that Washington owned slaves. Daveed Diggs says about Jefferson, "He can have written this incredible document and several incredible documents with things that we all believe in, and he sucks. I think those are both true and those have to be both true." He compares it to disagreeing politically with things that some rappers say, but he can still think they are brilliant rappers.