This Game Lets YOU Become a Broadway Star...So the Show-Score Team Had to Play!

The road to becoming a Broadway star is long and hard, filled with pitfalls, excitement, and a lucky break or two. And for every theater fan who collects show programs in binders or sings Sondheim in the shower, it's a journey that you and your five closest friends can now go on, all from the comfort of your couch! 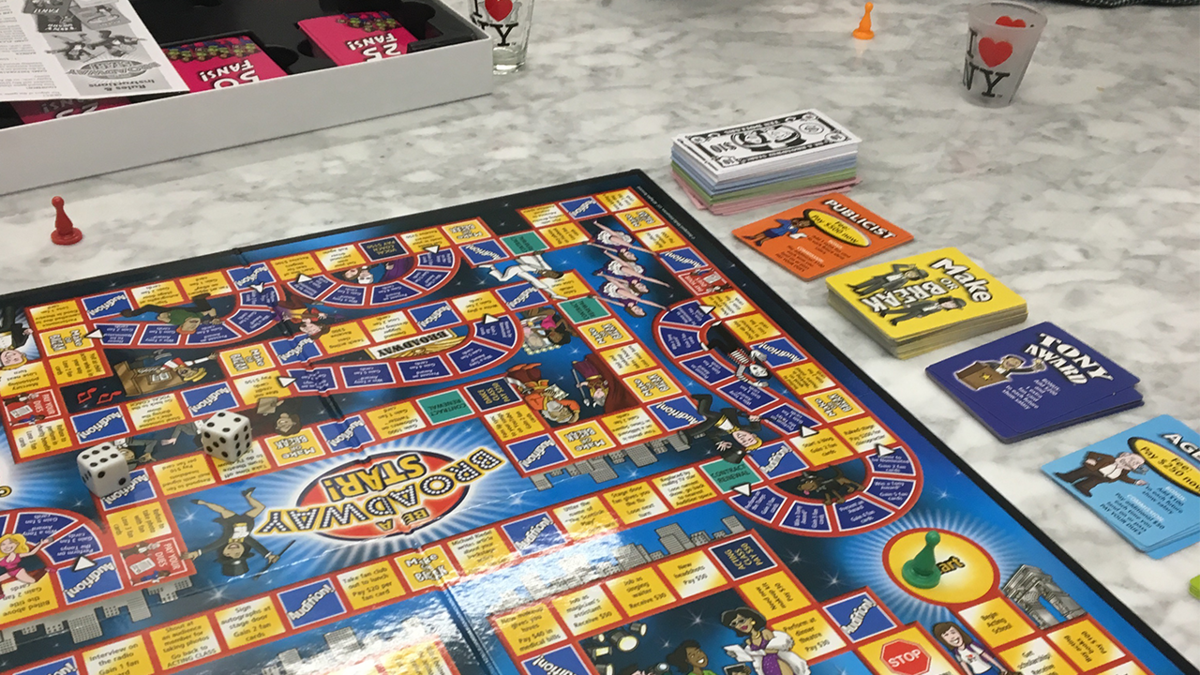 The Show-Score team snagged a copy of Be A Broadway Star, a board game created by Broadway producer Ken Davenport, where you land auditions, collect fans, even make it to the Tony Awards.

But this game doesn't just show off the glitz and glamour: landing on certain squares present you with obstacles, like getting hives from stage makeup ($40 for medical bills) or even needing coffee ($10, please!).

And as a group of hardcore theater fans ourselves, we knew we were in for a fun time when we took the game out for a spin one Friday afternoon.

Catherine, our Partnership Specialist, lands on an audition square! She lands the part of Jack Kelly in "Newsies", and for a bonus, she sings two lines from the show.

I, however, was not so lucky: every single audition card I drew resulted in me getting cut. Every. Single. One. Maybe this game was a little too real for me.

Online Marketing Specialist Robert shows off his accomplishments: a pair of booked auditions and a pile of fan cards. Whoever has the highest amount of fans at the end of the game wins.

But Co-Founder Deeksha has something even better...an Equity Card!

Filled with fan-centric references, fun theater challenges, and plenty of entertainment for avid show-goers, we give Be a Broadway Star a glowing ShowScore of 100!