This Scene In "The Greatest Showman" Has "Ragtime" Levels of Inspiration

P.T. Barnum rides on the wheels of a dream 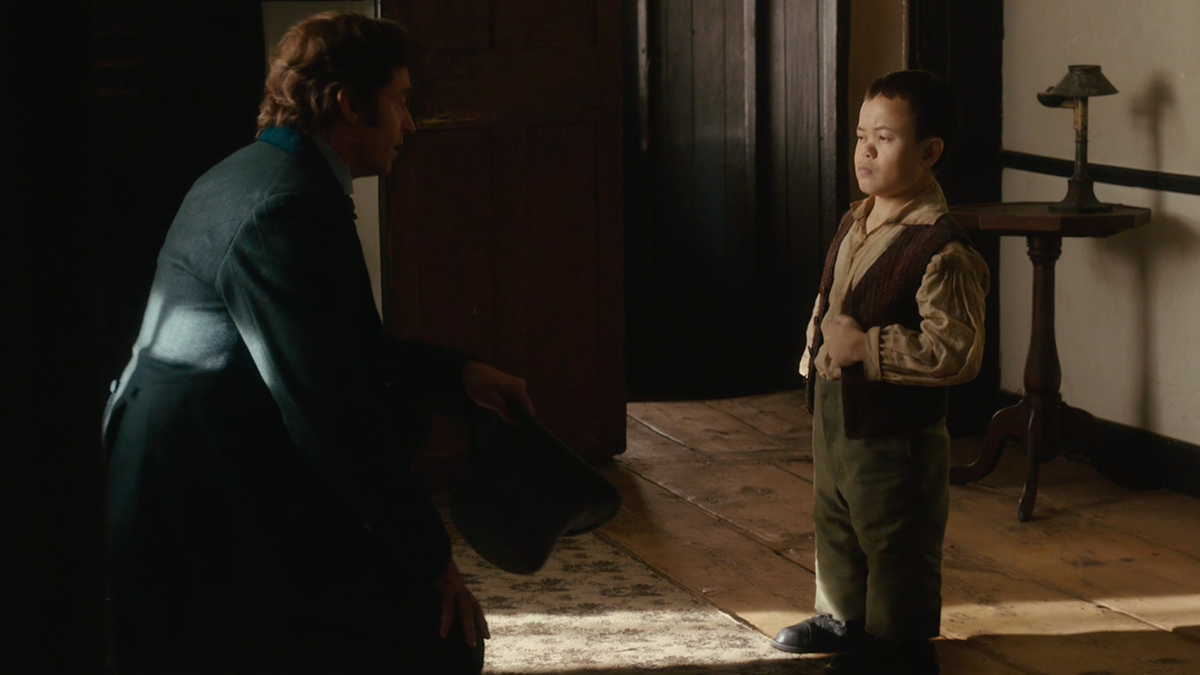 Hugh Jackman in "The Greatest Showman"

It's giving "Ragtime"-level chills, you know? Specifically, it's making me think of that moment in Act One when Tateh sells his "moviebook" to a train conductor, and he gets a glimpse of his own future. If he can sell a tiny book full of moving pictures, then maybe he can direct entire movies! From there, Tateh transforms from a struggling immigrant to a thriving director in the early days of the film industry.

We're getting something similar in this snippet of "The Greatest Showman". The trailer begins with P.T. Barnum (Hugh Jackman) losing his job and feeling lost. But then he gets that spark of inspiration. He realizes he might be able to create magic with a circus show.

The GIF up there seems to be from a scene where Barnum explains his vision to his wife (Michelle Williams) and daughters. The cylinder he's spinning -- filled with light and casting stars around the room -- is like a physical representation of his dream. And watching his family get excited about it -- watching them get bathed in the light of his ideas -- is exhilarating. Just like you know Tateh is going to make it when he sells his moviebook, you watch Barnum fill his house with spinning stars and know he's going to succeed.

And y'all, I am a SUCKER for eureka moments in musicals. I love watching characters connect with their destinies. So please pardon me while I go watch those stars spin around and get moved all over again.

Are you as excited about this movie as I am? Sign up to win cool prizes!

And here are my other favorite moments from the trailer: