The top 12 shows we're most excited to see this Broadway season (so far...) 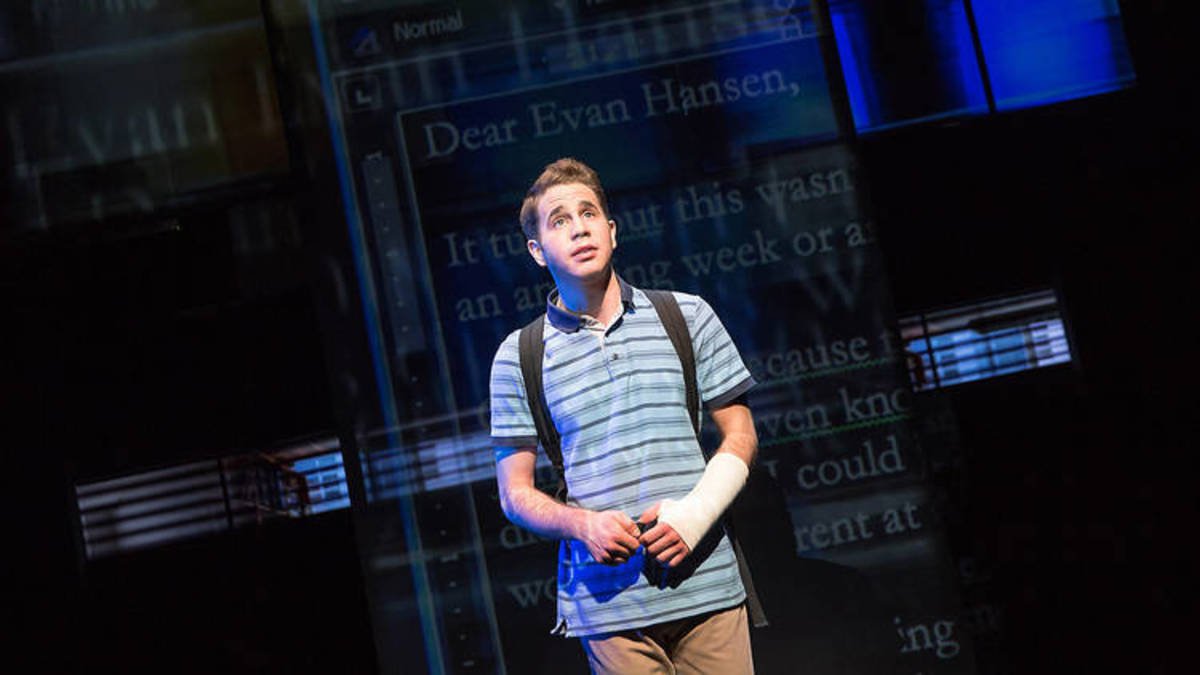 It's never too early to start speculating about the Tonys—even when they're still about a year away. It's true that a few of the buzziest shows coming in have yet to book Broadway theaters (for now, the only SpongeBob you'll spot in Times Square is wearing a beat-up rent-a-costume, though that's bound to change). However, many upcoming productions have already committed to opening nights. Here are a dozen confirmed Broadway shows (listed in first preview date order) that we think have a great shot at taking home some statuettes this season.

Be sure to Follow each show so you can get alerts about when tickets go on sale, additional cast and creatives are announced, and other up-to-the-minute news.

Thirty years after the last Broadway mounting of Ben Hecht and Charles MacArthur's oft-produced 1928 tabloid news comedy, this revival brings together some of the biggest names on the boards, including Tony winners Nathan Lane and Jefferson Mays, Tony nominees Sherie Rene Scott and Holland Taylor, and TV stars John Goodman and John Slattery. Phew! Even if you've never seen the play, chances are you've caught one of its many cinematic adaptations, such as 'His Gal Friday,' 'Switching Channels, and multiple versions titled 'The Front Page.' Tony winner Jack O'Brien directs this laugh-fest, which touches on serious subjects like capital punishment, political corruption, journalistic ethics, and really dysfunctional workplaces.

Tony-winning playwright Simon Stephens' two-hander was a hit last season at Manhattan Theatre Club's Off-Broadway home. This fall it transfers to the company's Broadway theater with its stars, Tony winner Mary-Louise Parker and Denis Arndt, intact. A character-driven piece about a woman who impulsively smooches an older stranger on a train platform, this off-kilter romance seduced many theatergoers and critics. And here's a tidbit you'll really fall for: The show marks septuagenarian character actor Arndt's Broadway debut after four decades in the biz!

This revival of the groundbreaking musical about a gay man's unconventional family marks an exciting reunion for composer/lyricist William Finn, playwright/director James Lapine, and producer André Bishop, all of whom worked on its original Tony-nominated run in 1992 (as well as its various Off-Broadway antecedents). Although its full cast has yet to be finalized, two-time Tony winner Christian Borle is set to star as Marvin, Tony nominee Andrew Rannells will play his lover, Whizzer, and fellow Tony nominee Stephanie J. Block is taking on the role of Marvin's estranged wife, Trina. That's a seriously funny and fabulous trio.

Thirty years after its Broadway premiere, Christopher Hampton's Tony-nominated play returns to the Main Stem. Tony winners Liev Schreiber and Janet McTeer (reprising her critically acclaimed performance at London's Donmar Warehouse) star as on-again, off-again 18th-century lovers Le Vicomte de Valmont and La Marquise de Merteuil, who manipulate and seduce their fellow French aristocrats for sport. With such intense, talented, and attractive leads, this sexually charged drama may very well be hotter than it's ever been before.

Dave Malloy's immersive musical adaptation of a tragically romantic section of Leo Tolstoy's 'War and Peace' premiered in 2012 at Ars Nova before transferring to a pop-up venue for a longer commercial run the next year. In the interim, director Rachel Chavkin has been hailed as a wunderkind, helming visually stunning, often immersive productions all over the country, including a remounting of 'Natasha, Pierre & The Great Comet of 1812' at Massachusetts' American Repertory Theatre in 2015. This fall, she, Malloy, and stars Denée Benton and Josh Groban (yup, the internationally renowned recording artist) will all make their Broadway debuts when the tuner finally arrives on the Main Stem. And in case you're worried it will lose something in translation, Chavkin and scenic designer Mimi Lien are completely reconfiguring the Imperial Theatre to retain its intimate atmosphere.

Back in 1993, two-time Oscar winner Robert De Niro helped turn Chazz Palminteri's solo show into a multi-character movie costarring the two men. Now the pair is collaborating again on a musicalization of the '60s period piece about a Bronx boy torn between his beloved dad and the neighborhood gangster. De Niro is co-directing with four-time Tony winner Jerry Zaks, while Palminteri supplies the book, and Alan Menken and Glenn Slater pen the doo-wop songs. Casting has yet to be determined, but here's hoping some ensemble members from the show's world premiere last season at New Jersey's Paperhill Playhouse return, especially Nick Cordero as a charismatic mafioso.

Like the two previous Best Musical Tony winners 'Fun Home' and 'Hamilton,' 'Dear Evan Hansen' was initially an Off-Broadway hit that's now transferring to the Main Stem. During its Second Stage run, audiences raved about its inventive exploration of contemporary adolescent angst, as the outcast title character is suddenly thrust into the national spotlight thanks to a a well-intentioned lie and social media. The pedigree of this pop-rock tuner is impressive, with songs by Benj Pasek and Justin Paul (who were nominated for a Tony for 'A Christmas Story,' but are beloved by theater fans for their work on TV's 'Smash'), and direction by Michael Greif (with three Tony nods to his name, including 'Rent'). Plus Steven Levenson's book has been praised for being smart, authentic, and nuanced, a mean feat for a wholly original show that isn't based on previously written material. The show is coming to Broadway with almost all of its Off-Broadway cast intact, notably lead Ben Platt (of 'Pitch Perfect' fame), who's already won an Obie for his turn as misfit Evan Hansen, and seems like a shoo-in for a Tony nom.

There are actually two Anton Chekhov revivals coming to Broadway this season. While the Roundabout's 'Cherry Orchard' starring Diane Lane sounds solid, we're even more intrigued by 'The Present,' an adaptation of the Russian great's first play 'Platonov.' It's written by Andrew Upton and stars his wife, two-time Oscar winner Cate Blanchett, in her Broadway. This Sydney Theatre Company import was a hit in the couple's homeland and the entire cast, including fellow Aussie Richard Roxburgh, is coming stateside under the direction of Tony nominee John Crowley.

I admit, when I heard that Tennessee Williams' 'The Glass Menagerie' was being revived just four years after John Tiffany's exquisite, Tony-nominated mounting, my first reaction was: too soon. But then I looked at the artists involved: two-time Oscar winner Sally Field as overbearing matriarch Amanda Wingfield, and two-time Tony nominee for acting Joe Mantello as her narrator son Tom, guided by Tony-winning director Sam Gold. Now I realize this show can't start soon enough! Beyond those bold-faced names, I'm also intrigued to see newcomer and differently abled performer Madison Ferris, who will play daughter Laura in a wheelchair.

Christian Borle is going to be a busy boy this season—and may even end up competing against himself in the Best Leading Actor in a Musical Tony category! After 'Falsettos' closes, he's going right into the role of kooky candy maker Willy Wonka in this musical import from London. Although the Broadway incarnation will feature the same songwriters, Tony winners Marc Shaiman and Scott Wittman, the rest of the creative team and cast are new to the production, including director Jack O'Brien, choreographer Joshua Bergasse, and puppet master Basil Twist. This version is also rumored to draw more of its inspiration from the popular 1971 movie, not just Roald Dahl's 1964 children's novel. With high-profile family-friendly musicals 'Finding Neverland' and 'Matilda' set to close in the coming months, the timing of 'Charlie and the Chocolate Factory' is pretty sweet.

For decades it seemed like original Tony-winning star Carol Channing was the only performer who could successfully embody 19th-century matchmaker Dolly Levi in Jerry Herman's old-fashioned musical. After all, she played the part on Broadway in three separate mountings of the show, not to mention on tour. Even Barbra Streisand, who portrayed the part in the much-maligned movie, couldn't erase Channing's memory. (Neither could Pearl Bailey, who headlined an all-black version on Broadway.) But if anyone can try to make the role her own, it's Oscar winner and all-around diva Bette Midler. This revival, costarring Tony winner David Hyde Pierce as her persnickety love interest and directed by four-time Tony winner Jerry Zaks, marks the first time Midler has appeared in a Broadway musical since she made her Main Stem debut in the original production of 'Fiddler on the Roof' almost 50 years ago! So this is definitely a Theatrical Event.

It's been two decades since Lillian Hellman's classic drama about a strong but scheming turn-of-the-20th-century Southern woman, Regina Hubbard Giddens, was last seen on Broadway, and this revival is particularly starry. Tony winner Cynthia Nixon and three-time Tony nominee Laura Linney will alternate in the lead role and the part of her alcoholic sister-in-law, Birdie, as Regina tears her family apart in search of wealth and freedom. Tony winner Daniel Sullivan, who's collaborated with both actresses at MTC in the past, directs. This one oozes prestige!