What Does it Really Mean When a Show Has 'Mixed Reviews'?

A green Show-Score is synonymous with theater worth seeing, but allow us to explain why sometimes yellow also means go! 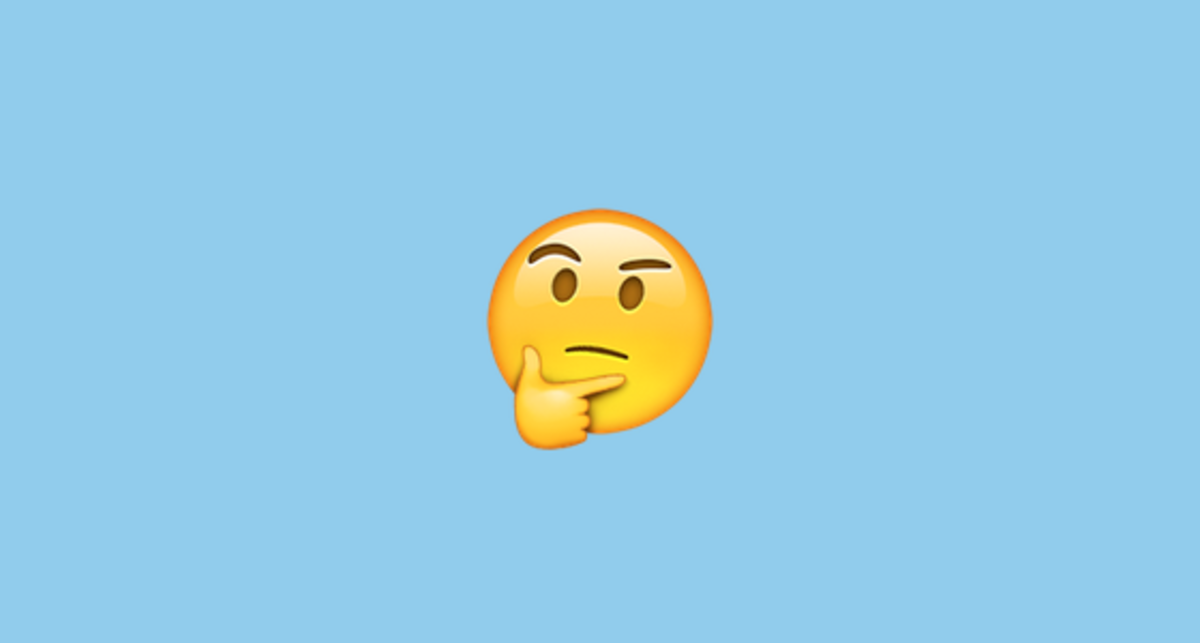 An undecided opinion... | By www.emojipedia.com

Show-Score was created to help discover shows you love, and if you're reading this post, then we know you love theater, and are on the hunt for the next hot ticket. You may surf the website looking for the green circle, to tell you which shows are worth paying attention to, and conversely, which shows are skippable.

But what you may not realize is when a show's score dips into the yellow zone, it isn't necessarily a warning sign to save your time and money. Instead, it may simply be a symptom of utter disagreement! With that in mind, let's take a look at three plays that all landed a "yellow" score, but made us pay attention regardless!

This world premiere by Pulitzer-nominated playwright Adam Rapp explores the yearning to leave your hometown, the drama of first love, and the dangerous cost of boredom, all through the lens of savage small-town America.

Playing at New York's hip Flea Theater, the play has been praised for its dark humor and raw depiction of sexuality. But some theatergoers think otherwise, criticizing its lack of a clear narrative and harsh violence. 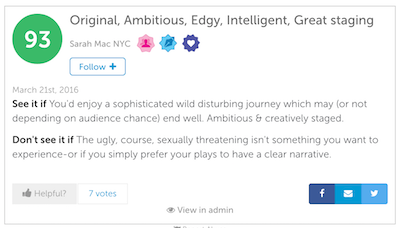 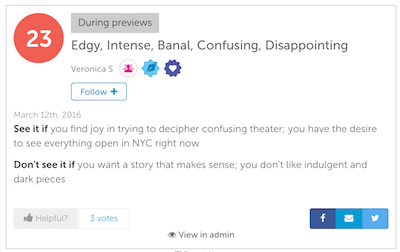 Manhattan Theatre Club’s world premiere "The Ruins of Civilization" has divided both critics and members. This dystopian story about a couple seeking connection within a new world order has its fans as well as its detractors. Many found the show to be thought-provoking, absorbing, and original. Others found it confusing, banal, and ultimately disappointing. The question is: which camp would you fall in? 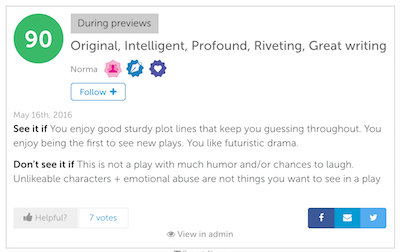 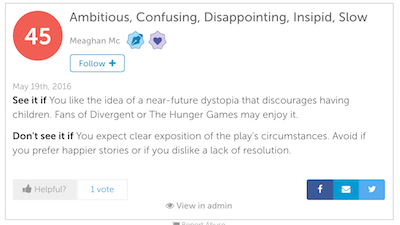 The Signature Plays, a trio of lesser known works by American masters, were all produced during their respective authors' original Playwright-in-Residence seasons. Edward Albee, María Irene Fornés, and Adrienne Kennedy have garnered mixed reviews for their absurdist plays.

These shows are designed to shock, provoke, and even possibly confound, and members both loved and hated them! Some theatergoers appreciated the absurd and grotesque qualities of the works. Others were put off by the surrealist atmosphere, and confused by the lack of structure. 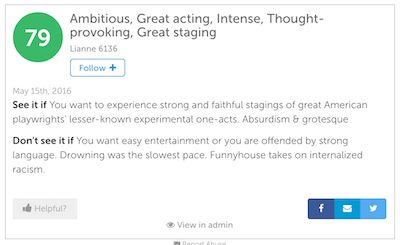 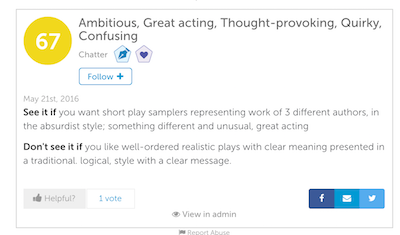 So what do these shows have in common (besides the fact that they inspired passionate responses both positive and negative)?

These shows are all playing Beyond Broadway in smallish spaces, from the 75-seater Flea to the 190-seat Griffin Theater at Signature. There are two world premieres and one selection of lesser known works from acclaimed playwrights. They are all “idea” plays—exploring heady social issues through a variety of lenses. And they are all experimental in their approach to form and content.

As so many of us know, the Beyond Broadway scene is the breeding ground for new ideas and aesthetics. It’s where shows are given first life and nurtured into future gems. "Rent" began Beyond Broadway at New York Theatre Workshop. As did "Hamilton" and "Fun Home" at the Public. "Hand to God" had two Beyond Broadway productions, at Ensemble Studio Theatre and at MCC, before making its way to Broadway. Indeed, many of our favorite artists played, created, and grew into who they are today on the Beyond Broadway stages of New York.

That’s why, when you see yellow, you may want to stop and take a second look. These shows may not be crowd-pleasers, but they may strike a chord with you in profound ways.

(And hey, if you do give it a chance, who knows which side of the discussion you'll end up on...)