When Fans and Critics Disagree

Show-Score members have been predicting who will win the 2016 Tonys and the results are not necessarily what you would expect! Read on to see how they differ from the critics' and add your voice to the conversation by making your own predictions. 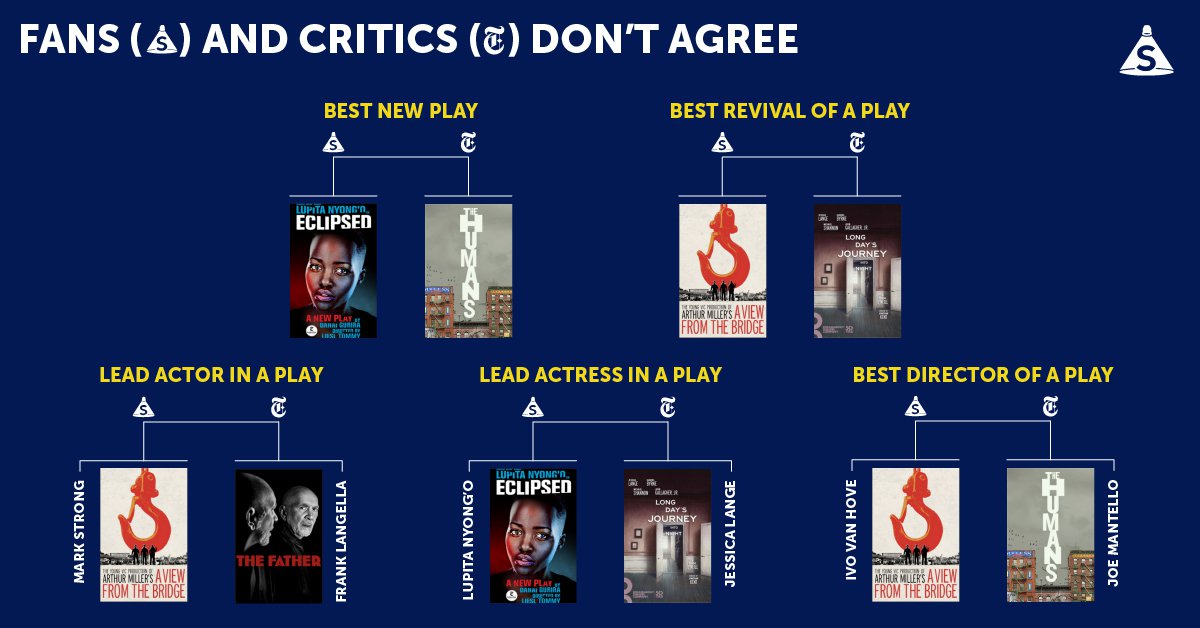 The results are coming in... | By Jim Mezei

When New York Times critics Ben Brantley and Charles Isherwood published their own Tony predictions last week, we noticed a discrepancy between their opinions and those of our fans. It was interesting enough that we wanted to dig a little deeper!

And it turns out, everyone agrees about the musical categories. There's consensus between fans and critics alike about both "Hamilton" (surprise!) and "The Color Purple". Both sets also agree that Cynthia Erivo will win Best Lead Actress in a Musical.

But when it comes to plays, it's a whole different story!

Do you agree with the fans or the critics? Or maybe have a different opinion altogether? Don't forget to make your voice heard (and nab a shot at 1,000,000 Audience Rewards points) by placing your Tony predictions!